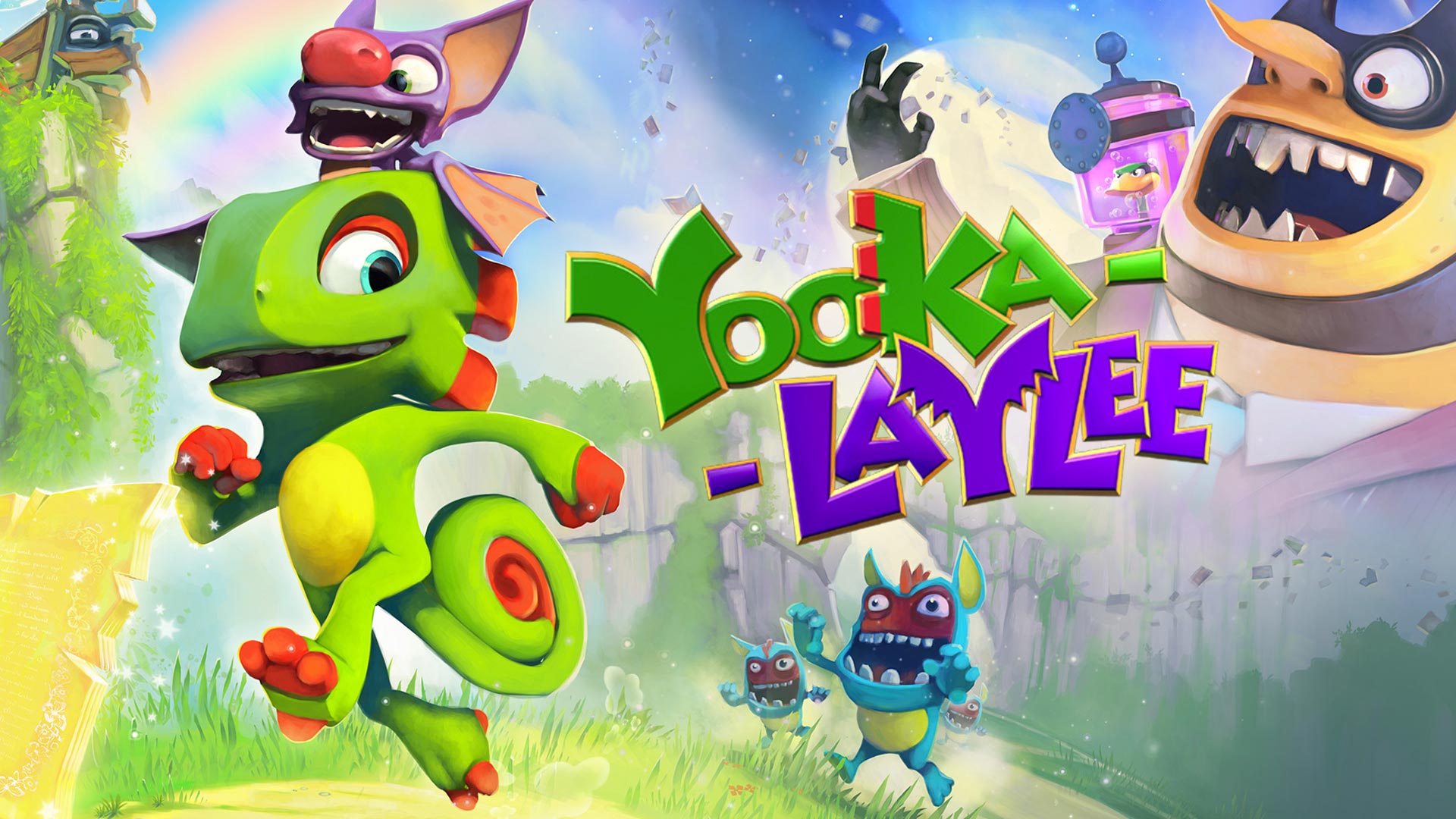 What is the first thing that crosses your mind when you think about a present for your toddler’s birthday? We believe video or console games are the first on the list. You would think buying console games like PlayStation as a present would also be such an investment. If it were your wish, you should also know what PS4 games for kids under 5 fit your toddlers.

Choosing the right and suitable game for your toddler is a concern. At their age, toddlers need stimulation to help their brain to develop. It is okay to play PlayStation but with full supervision and a good selection of PS4 games for kids under 5.

Fortunately, PlayStation games always have age suggestions at their cover. So, it should be easy for parents to sort which game is suitable. The 3+ age suggestion is the best choice and we have gathered them for you in this article.

Are Kids Under 5 Should Play PS4 Games? Parents Must Give Full Hands-On

Some parents would think that console games are bad for their kids especially toddlers. But, is this thought 100 percent correct? When it comes to health issues, the concern might come to moderation. The same thing happens to mental health issues as well. Console games likely become a staple in kids’ daily life today as they are born in a digital world. So, assuming all video games are bad is a bit intolerant.

Actually, playing video games such as Playstation 4 is not always bad for your toddlers. It is because some games are good too to stimulate their problem-solving skill. The motoric sensor can be stimulated when they operate a controller with their small cute hands. On the other hand, playing console games might improve hands and eye coordination.

If you are concerned about your kids not moving at all when playing PS4, apparently some games require body moves to operate the game. Instead, it’s not as much as moving when they play outside such as running, jumping, or riding a bike. But, such a game does exist to address your concern.

Toddler today seems to be more rebellious and hard willing when it comes to obeying the rule. So, if you implement a hard approach, it would give a bad impact on their mental health. Too much ban will cause stress to your children and you don’t want this to happen. So, what you can do is supervise. Give them a console game if you must with full but friendly supervision.

To make them comfortable and feel less being watched like a hawk, you can play with them. It gives them supervising without them noticing. Also, select carefully what games title they play because it is true that some game titles contain violence, addiction, and bad behavior influence.

PS4 Games for Kids Under 5 Parents Should Know

If you’re categorized as parents who resist PS4 in the first place, tolerate or even selecting games for your toddler can be tricky. It is like swallowing something disgusting but you have to. Irks, yes. But, since you are a smart moderate parent, we will help you gather PS4 games for kids under 5. The following list will overcome your misery, check this out:

This is the first PS4 games for kids under 5 in our list you can choose. Tearaway: Unfolded is a jump and runs a game that is very suitable for your 5-year-old kid. It is colorful, fun, and has funny looking characters. The storylines itself is very interesting for kids because it has adventure and exploration as well. Players even may have a chance to meet pirates.

This game is part of Little Big Planet’s creative mind along with their other game. If this is the first game for your kids, you must play with them. Help them understand how to play the game to avoid them being stressed. Boost their mood when playing by helping them finish the task.

This game is very simple and easy to understand. That is why we consider this as PS4 games for kids under 5 you should choose as the starter. It is actually an adventure game in a colorful world of bat and chameleon. Each level in this game will present the adventure of those two silly characters. The main task is to collect Pages and also fight the villainy plants of Capital-B.

This game is so interesting that the event parent would love to play. It has a bit of a classic picture and kind of brings nostalgic moments to parents. Don’t let your toddler play alone to avoid them being bored. This game is categorized as safe for children at age 5. Surely with a handful of supervision.

LEGO games are probably the safest game for children and parents as well. It is because LEGO exists ever since parents are still a kid. So, it’s the character parents know so well and it makes them easier to introduce or explain them to their children. LEGO Marvel Superheroes is also an adventurous game in a very fun way.

Apparently, Marvel and LEGO are also part of your children’s daily life. So, bringing all of that character closer to them will make your kids happy. It’s even like Christmas comes earlier. Play together with your kids and share the happiness as well as the adventure of every level in this game.

4. Aladdin and The Lion King

Another PS4 game for kids under 5 you can select is Aladdin and The Lion King. This classic but valuable game is the best selection for your toddler. Somehow, Aladdin and Lion King befriend and travel to this magical world and ask your kids to join them.

Your kid can pretend to become Simba and join Aladdin in an adventurous exploration. Don’t be surprised that they will meet mythical creatures and face challenges at every level. To make it more enjoyable you can accompany them when playing the game.

Stardew Valley is a game that allows players to create and build their own world. In this game, the task is to take over and run your grandpa’s farm and garden. You must associate with neighbors while finishing every task in this game. This game is considered as safe for children and can even stimulate their organizing skills.

But make sure your children have a time limit when playing because this game can be too interesting to leave. Also, give them understanding that it is okay if they cannot finish the task on time. Failure to finish the task can be stressful and causing sadness to some kids. That is why parents must pay attention to their children’s mood after playing this game and give constant understanding.

Bringing the wizarding world of Harry Potter in the shape of the LEGO series can be so much fun. Especially for your toddler since Harry Potter and LEGO is darling. PS4 apparently noticed this by remastering the collection. Through this game, every character relives so you can have the trio of Harry Potter, Ronald, and also Hermione at home.

The game is exactly about their journey since their first step in Hogwarts. Players may enter the magical and wizarding world as well as an adventure until the showdown. Who knows that fighting Lord Voldemort can be so much fun. So, if you choose this game as part of the collection, your kids will adore you.

Children love dragons, especially silly-looked dragons in purple. This is an adventure game so there will be tasks, missions, and challenges in every scene. PS4 remastered this trilogy to make gaming sessions for kids even more exhilarating. The color in this game is eye-friendly to children’s eyes.

Because this is an adventure game, always give them a time limit to play because it could be endless. Simply organize their playing time so they have time to rest, eat, play with siblings and explore the real world. But overall, this game is safe for your kids.

The next PS4 game for kids under 5 to bring it home is Overcooked. In this game, your kids will learn how to work in a team. Actually, this game is good to develop cooperation and teamwork skills. A simulation game like this is something you can choose when you want to introduce a console game to your kids.

In this game, your toddler will pretend that they were chefs and must finish cooking meals. Also, they will team up with another four players to complete the task. But beware that this game can cause your kids to be exhausted. So, the time limit is highly recommended in this game.

Another adventure game for your kids to play. Little Big Planets 3 is a game with a cute character your kids would love named Sackboy. Sackboy accompanied by another lovable character of hand-stitches will explore planet Bunkum. Their journey is full of adventure, challenge, and an amazing view of the magical world of Bunkum.

The last PS4 game for kids under 5 on our list is Everybody’s Golf. This is a sports game that your kids would love to play. In this game, players are allowed to play in multiplayer mode too. So your kids may play with their friends. Also, you can get your own avatar that makes this game more interesting to play. Moreover, parents can introduce sport through games just like in Everybody’s Golf.

Well, we hope your quest in finding the best PS4 games for kids under 5 becomes easier and more fun. The above list will guide you and make gaming more fun than ever, buy game at video game store Australia gdgames.com.au. Remember, console gaming is not always a bad rash if you know how to treat it the right way.